I had an Oracle Apex application error reported by a few users that were unable to view a file loaded into one of the applications. Originally it only appeared to be PNG files that were affected but later it was clear that it impacted any type of file. When you clicked to view/download the file that had been stored as a Clob in Oracle there was an error page shown with the message

On further investigation it appears this is a known issue with Google Chrome and not a specific Oracle Apex error. There are various characters that can cause the error if they exist in the file name of the file you are handling such as commas, quotes etc.

I've now put a DB trigger to rename any files to remove characters that could cause a problem so that users don't need to worry about renaming themselves. 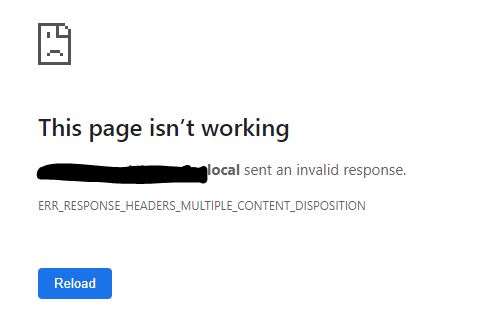